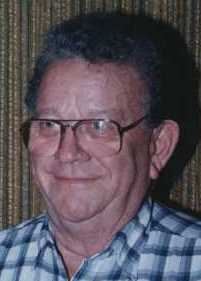 Dave Bruce passed away on August 30th, 1997, at the age of 81. Dave had been retired from the USFS for almost 20 years, but still came to work nearly every day at the Pacific Northwest Experiment Station. If you did not know him, you missed an opportunity. A colleague of Frank Freese and Lew Grosenbaugh (and fellow Yale graduate), Dave was a major player during the development of forest measurements in North America.

He was the developer of the glass wedge prism used in variable plot sampling. His original article in the Journal of Forestry not only introduced the prism, but a prism which had magnification and a "de-centered lens" that was a slight improvement over the ordinary prisms we now use all over North America. He figured out that by simply rotating the prism you could correct for slope – a typically elegant solution to a very practical problem.

His father, Don Bruce, was the author of the 1935 "Forest Mensuration" text by Bruce & Schumacher and one of the founders of the Mason, Bruce and Girard consulting company. Between them, the father and son knew virtually everyone in the field, and saw it all happen. If you ever wanted to know how things really happened Dave could (and frequently would) tell you about it.

Dave regularly attended the Western Mensuration meetings in the Pacific Northwest, and often gave talks – always well researched, meticulous, and with a practiced and precise delivery. His work was innovative (a rare thing in our business) and often well ahead of the rest of the pack.

He had an interest in the history of the field, and researched it carefully. He made it a point to hunt down original documents, often doing the language translations himself to make sure he "got it right." He was a scholar in the best sense of the word. He had read it all, and he understood it all.

Bruce made his home in the Portland Oregon area, and it was filled with interesting gadgets and mementos from trips. Forest Biometrics alone was not challenging enough to keep Dave busy.

He was a member of a small group of people from all over the world who built serious mechanical puzzles, usually wooden ones, with intricate mechanics or clever solutions. They would meet in various parts of the world, and each of them would bring enough puzzles to give to everyone else. His shelves were full of them.

He regularly went on digs in South America for Mayan ruins. It was tricky for him to slip a heart pacemaker operation into his schedule a few years ago, but he just managed to do it before he was off on another adventure.

Dave knew as much about optics as anyone in this business, and was constantly reading about this and other subjects. He had a vast store of knowledge and experience, but was a very quiet man who would often be sitting alone in a corner of the room without anyone realizing just who this guy was, and what he had done. If, however, you went to the trouble to start a conversation you were in for an interesting ride.

He had little tolerance for those with nothing to say, or those who were too sloppy to "get it right." The story is that he once had a sawed-off parking meter mounted on his office desk. If you came to him for advice on a statistical matter he would give you a quick hearing to decide how interesting it was, then hand you a quarter, a dime, or a nickel. That coin went into the parking meter, and determined the time he would give you. You must realize, of course, that 15 minutes with Dave was the equivalent of a lot more time with other people.

There is a lesson in all this. Such men may be rare, but they are out there, and they are worth knowing. Take the time to seek them out. All of us had the chance to have lunch with the guy who invented the prism and hear stories and history that will never be recorded – but only a few did it. Those who did were well rewarded. Don’t hesitate to get to know these people. They are easy to talk to (although listening is better) and none of the good ones has a pompous bone in his body.

Dave was a generous, interesting, technically astute craftsman who was full of knowledge and history. The business as a whole, and many of us individually, will miss him.

Back to Home Page